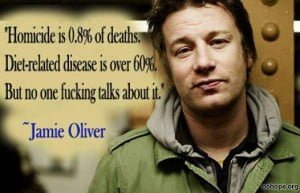 Cam and I have decided we want to spend a profoundly healthy second half of our lives together so we are living and laughing and feeding our body minds and souls now in the best ways to Flourish on every level….

Did you know? According to the US National Cancer Institute’s Surveillance Epidemiology and End Results (SEER) Database, 43.3% of American males and 37.8% of American females will develop cancer in their lifetime. That’s a staggering number. Almost one out of two men and a little more than one out of three women. 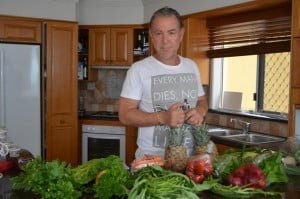 So what can you do about it? beforehand? There has been a lot of research into preventative measures, even some done by the American Cancer Society (surprisingly) but it’s all scattered and unclear in many ways. Apparently these foods listed below,are powerful enough to keep your body in a peak state of health and avoid cancer from developing in the first place.

“The best way to “Fight Cancer” is to prevent it.  Live healthy, eat healthy, take action to create a life you love, exercise and get plenty of nutrition. “ 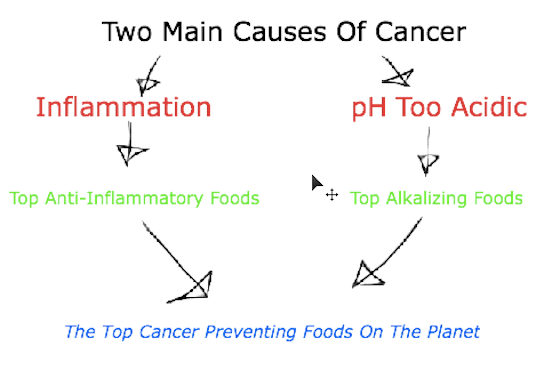 Beat it at the cellular level;

Source the top alkalizing and anti-inflammatory foods on the planet these must then be the best cancer prevention foods as well.

The Top ALKALIZING Foods On The Planet: 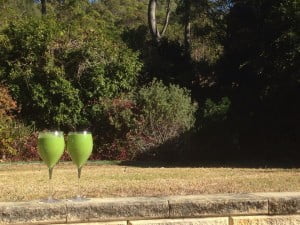 1. Kale: Kale is one of if not the richest alkalizing food on the planet. It’s rich in many vitamins and minerals that alkalize like calcium and magnesium. It’s a great source of chlorophyll which plays an important role in alkalizing the body.  This is also a very strong anti-inflammatory food because of the omega 3 fatty acids contained in this green so it really tops this list in two ways! (It can be as bitter as all heck, so we blend ours in with our juices or smoothies and add 3- 6 or so Kale leaves or more dailydepending on taste).

2. Lemon: Lemon is acidic in nature but when in the human body it creates an ALKALIZING effect. !!! Who would have guessed it!!! Once it enters the metabolism it’s minerals enter the bloodstream and really help to alkalize the body.  Lemon is also very rich in vitamin C which boosts immunity to prevent tumorous cancer growth. (If your lemons arent organic then dont use the skin in your juices… if not then go for it… there is so much wealth in the skin of the lemon too – WE use it in an awesome blend that Daniela gave to us with Tumeric that we take daily… thats for another time- email me if you want the recipe before I get a chance to type it up for you!) 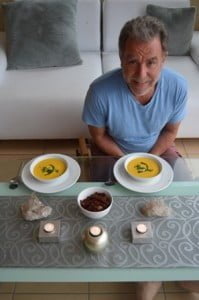 d of ours survived stomach cancer and after his operation used to juice up a whole bunch of Organic lemons, skin and all… and had a HUGE glass of this straight mix daily… he’s still thriving and swears by its alkalizing strength.”

3. Broccoli: One of the top alkalizing foods on the planet and a great source of fiber which is healthy for the Colon. It also contains sulforaphane which is a known anti-cancer compound.

Other foods worth consuming to alkalize the body (remember to use ORGANIC), are

The Top ANTI – INFLAMMATORY Foods On The Planet:

1. Turmeric: Turmeric is one of our favorites to consume often! Origanally from India. According to PubMed.gov, cancer rates in India are lower than those in western countries. Duke University found more than 200 citations for turmeric and cancer and more than 700 for curcumin and cancer. “In the book Phytochemicals: Mechanisms of Action, are discussed. Curcumin, which is the active compound in turmeric were effective in animal models in prevention and/or treatment of colon cancer, mammary cancer, prostate cancer, murine hepatocarcinogenesis (liver cancer in rats), esophageal cancer, and oral cancer. Duke said that the effectiveness of the herb against these cancers compared favorably with that reported for pharmaceuticals.” David Benjamin

3. Flaxseeds: You may be wondering why flaxseeds made the list right? well, it’s the richest source of omega 3 fatty acids on the planet. Omega 3 fatty acids are one of the main drivers for creating an anti-inflammatory state within the body.

And there you have it, eat more Kale, Lemon, Broccoli, Turmeric, Blueberry and Flaxseeds to prevent cancer. 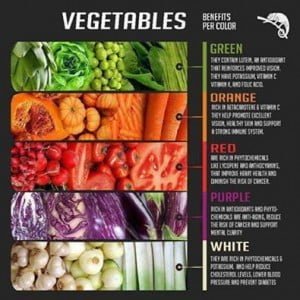 g, Kale is green, Lemon is Yellow, Turmeric is orange, blueberry is blue and flaxseeds are brown. Notice the different colors? Eat the rainbow !!! you’ll feel a dramatic positive effect on your mental, physical and emotional health!

Please share this article to help spread the word about these amazing foods and help inspire more healthy choices!

P.S. If you already have cancer eat these foods, or share it with those who it may bring hope too. – A HUGE Thanks to David Benjamin for his awesome research! Davids mother is a stage 4 colon cancer survivor, if she can do it you can too! REMEMBER

Laughing, Hugs and Quiet Time in Nature just feelin will all boost immunity and destress you quickly strengthening your Life Force! !