Whats coming up? Our 2015 Numerological Prediction

The year 2015 is an 8 Universal Year in Numerology. The number 8 is considered the number of money and power, which is true, to some extent. However, the essence of the 8, first and foremost, is BALANCE. (Like all symbols, including letters and numbers, its shape tells you much about its nature — the 8 stays upright only when it is in balance.)

What does this mean for us personally? 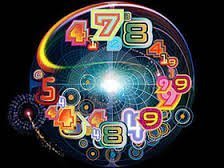 Our quest is for balance WITHIN ourselves in this 8 year….Our personal sense of unity and peace VS our sense of seperation and greed….

Lets take active conscious participation towards creating peace in our own INNER WORLD so it will then reflect out into our OUTER WORLD, and the global experience in general. “

Balance is missing when one scale is loaded too heavily and the other too lightly. The most dangerous imbalance today is, without a doubt, between our enormous technological advances versus our almost imperceptibly growing awareness of human and moral values. Mankind today is like a little kid with a Ferrari: immature, and holding the keys to very dangerous toys.

Other growing imbalances exist between the rich and the poor, the tolerant and the intolerant, the powerful and the helpless. The list goes on. Almost every aspect of humanity reveals widening gaps between one side and the other.

Bringing back balance
The year 2015 will rectify some of this imbalance by adding to the light side of the scale while removing excess from the heavy side. Since this is an 8 year, it will affect the economy most predominately. The global economy will catch the brunt of the 8’s push for balance, and it will not be an easy time for many people. Expect the financial markets to experience ups and downs that will make investors and economists dizzy.

The 8 will seek balance in other areas too. The call for gender equality and gay rights will get louder, the fight against racism will intensify, and moderates will begin to speak more vehemently against religious extremism. Even the U.S. and other countries that have been relatively stable will begin moving toward a type of civil unrest not seen in a hundred years. Countries that are more fairly balanced, with a large middle class, a high level of tolerance, and minimal corruption, will remain relatively stable. Western Europe and Scandinavia fit that category, although their economy, too, will feel the squeeze.

Expect powers to continue to shift. Countries that have been ruled for centuries by small, powerful factions will rise up to force changes. China and Russia will be forced to deal with their power structures as well.

If you feel that much of this has already started, you are correct. However, where the main culprit in 2014 was religious extremism and political ideology, as is to be expected during a 7 Universal Year, this 8 Year will see turmoil arising from — and affecting mostly — the economy and issues of justice and fairness.

I am aware that my prediction seems full of doom and gloom, and this is true for the short term. The long term looks much better, because humanity as a whole is maturing … albeit too slow for our comfort. 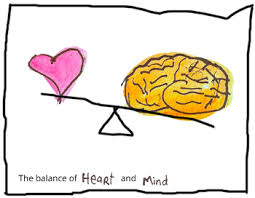 The heart of humanity
For a thousand years, from 1000 through 1999, every calendar year and every person’s birth year started with the number 1, the number of individuality and independence (the positive side of the 1), as well as aggression and egotism (the negative side).

Fifteen years ago, in 2000 AD, humanity began a thousand year range during which every calendar year and every new person’s birth year would begin with a 2, the number of brotherhood/sisterhood and peace, as well as separation and greed.

As thousand-year cycles go, a shift from one cycle to the next is extremely gradual and takes decades. (Only those younger than fifteen currently have a 2 as the first number in their birth year. It will take at least a hundred years before this applies to everyone.) In addition, the outgoing number tends to peak several decades before it ends, and can last quite a few years after the end of its term, as if the fading number insists on going out with a bang.

Looking back on the last thousand years, from a very wide perspective, we note growing individualism, a need for independence, and devastating acts of aggression (with two world wars during the last century).

The recent arrival of the 2 will shift the focus toward unity and peace on one hand (the positive side of the 2), and separation and greed on the other (the negative).

This millennium, with the number 2 as its only constant, we are on a path to peace, tolerance, unity and cooperation. And it will happen sooner rather than later, not because our politicians or our business and religious leaders push us in that direction, but because we are conscious, and because we have been blessed with such qualities as understanding, generosity, sacrifice, love, and compassion. Those qualities, slowly but surely, will bring us the peace and stability we want.