What does 2015 have in store for this Year of the Wood Goat (Ram,Sheep) in Chinese Horoscope? 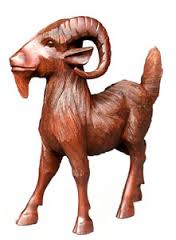 This particular year in the Chinese Zodiac has three images, each one of them symbolizes one aspect of the energy we will experience this year. There is Ram energy, Sheep energy, and Goat energy.

What we want to focus on here is how we see these animals, and how our perception of their energy will translate into our understanding of the energy for 2015.

GLOBAL PREDICTIONS FOR 2015, YEAR OF THE WOOD SHEEP 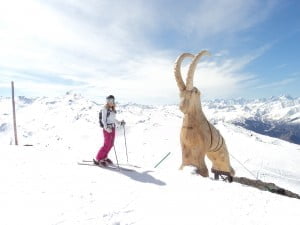 In 2015 it will be important not to fall into the Sheep pattern of behavior for extended periods of time. Even though it might feel comfortable to simply relax and “go with the flow” in our own lives, and let others make decisions on our behalf, this can lead to difficulties. We need to be mindful of the fact that sheep eat from dawn until dusk. This year we will need to be conscious of our eating habits and not follow mindless patterns.

You can choose to express any of these energies during this year, or you can experience a combination of several. This year we’ll see the Ram/Sheep/Goat energy manifest in our friends and family, in governments, communities, and corporations. We’ll experience all aspects of the patterns and familiar behaviors of Ram/Sheep/Goat in every part of our lives.

The energy of this year is also about wanting to improve things, to discern or figure out what is working, and what is not working in our lives. Analytical abilities will be valued as people feel the need to consider the pluses and minuses of every possible scenario before committing to action. People will be curious to understand the motivations of others, and seek to discover any possible hidden agenda.

The Sheep is a Yin energy, a symbol of Peace, Harmonious co-existence and Tranquility. That is the primary and fundamental mood for this year. Though there are cries for War and a countdown is soon to begin, if any almanac serves me well – War will be averted and a period of mending and compromise will be undertaken to ensure Peace is maintained.

The Sheep relates to passive and nurturing times. It will help the healing process with regard to past events caused by individuals who have little respect for the human race or life itself. It will be a year of banding together in faith and in belief that good will prevail and win out over the forces that refuse to comply to a peaceful way of life. For those who trust in goodness, happiness and success will follow.

The emphasis will be on joining forces in order to fight the evil and destruction that has been brewing. With the planet Saturn into the sign Scorpio and the planet Pluto in its long stay in the sign Capricorn, there will be greater concern with structure, getting back to basics and using greater intuition to find solutions to problems that have been plaguing the world for some time.

On the family front, it will be a time to unite and instil loyalty and discipline. Angers will cool and decisions that will disrupt family harmony will be laid aside to give it time to heal. So capture the moment to mend fences and broken promises.

People will be more social, especially when they are feeling stressed. They will want to spend time around friends and family (even if it’s done virtually, online). So, this is the year to take action, and if you’re not already on social media, you probably want to at least get familiar with it!

People will be looking for leaders, and some of those leaders will be brilliant, positive inspirations, and some will not. Many people will follow someone else, just because they need to know which direction to go. These people won’t necessarily even be aware of where they are being lead.

People who are blindly following others will ultimately find themselves at quite a distance from where they originally thought or believed their destination might be. We need to remember to ask ourselves who our chosen leaders are. What kind of lives do these leaders live? What are the implications of the decisions these leaders make on behalf of their followers? What happens to people when they follow in the footsteps these leader figures or role models suggest, etc.

That said, people will want the leaders they choose, not ones chosen for them. So people will not be so amenable to elected leaders after they are in office; and they will complain bitterly about what elected officials do or do not do. However, this is a time of record low voter turnout. Fewer and fewer people want to get involved in their communities or in politics in general, because their own lives will be such a handful.

People will be more on edge this year. They will react when they sense danger. They may flee, or they may strike out defensively. Many people will be in the news due to an outburst of temper, or for taking sudden and unexpected action. There may be more incidents of road rage and shootings resulting from heated arguments. As a result of the stressful energy, many people will prefer to stay at home more; or they will stick to familiar neighborhood spots.

While people themselves may seem a little more reserved in their dealings with others, they will also be more compassionate towards masses of others who are suffering. There will be outpourings of generosity for those who experience weather- and war-related disasters in other lands. 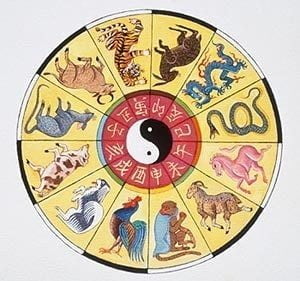 This year people will value high moral principles. But unfortunately this appreciation of moral values, and the generosity they express towards those in need, will mostly be directed to people unknown to them. People will feel much less compassion for people in our own neighborhoods, in our own country–people we see every day, but who are in the background of our lives. We may not even think about our neighbors struggling to find jobs or to make ends meet.

In Chinese folklore, the symbol of the Ram (the male Sheep) is the one for retirement–a symbol for living a good life in retirement. With millions of baby boomers reaching the age of retirement in ever increasing numbers, there will be lots of blogs and news stories about people who can and cannot retire. Taking a vacation and/or days off work will become more important this year. And there will be lots of media stories about how to enjoy (and spend money) on leisure activities.

The aura of the 2015 Sheep (Goat) year will gradually radiate its way to all. The most turbulent times will be during the period of the Dragon, which is from the Vernal Equinox on March 20th till April 20th, and especially the period of the Ox where a grave threat will again raise its ugly head. This will be from the Day of the Winter Solstice on the 22nd of December till the 20th of January 2016. But for the moment, allow the calming balms of the Sheep’s vibrations to flow through you, and through you, to touch every heart you meet.

2015 is a year to use mental abilities over brute force. For those who wish to be aggressive, expect to be out-maneuvered by strategy and common sense.

With a huge thanks to Astrology Club for their information!